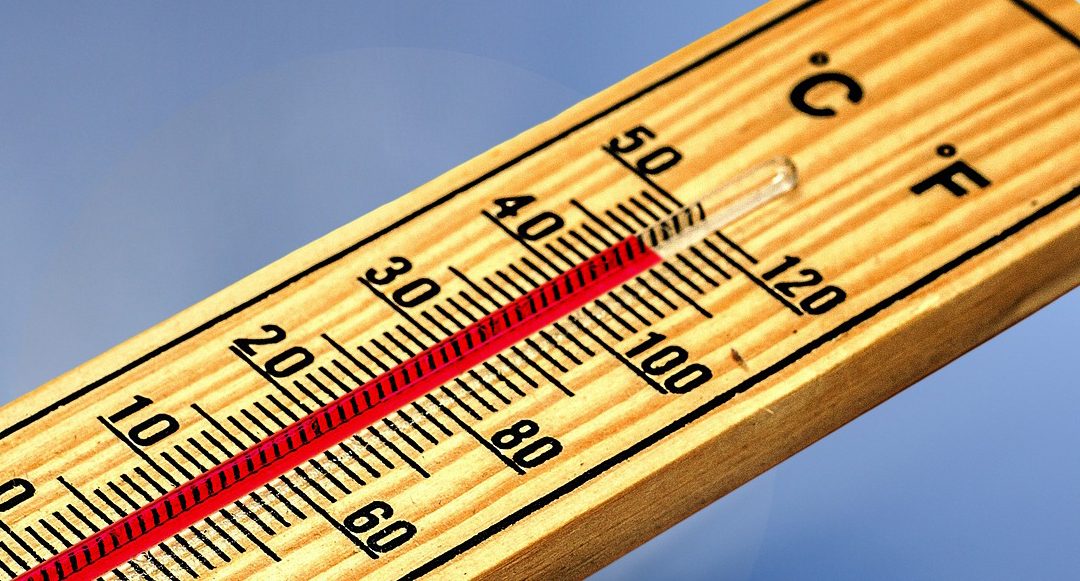 In a review of global climate studies, 70 percent showed events were made more likely or severe by climate change. Of those events, 43 percent were heatwaves, 17 percent were extreme precipitation or rain and 16 percent were droughts. Extreme weather events are the leading cause of power outages, according to the Department of Energy, and a Climate Central analysis found there was a 67 percent increase in weather-related power outages, with 59 percent caused by heavy rains and thunderstorms, 20 percent by ice storms and cold weather and 2 percent by extreme heat and wildfires.

Extreme heat and heatwaves cause problems with both supply and demand – customers crank up air conditioners and powerlines sag – in Portland during the late June/early July heat wave, the power cables for the streetcars melted. Power plants become less effective – a Portland power company had to install cooling systems to prevent overheating – less energy can be transmitted across the lines and make transformer failures more likely. Heat waves are occurring three times more often, lasting longer, becoming more intense, and the heat wave season lasts an average of 47 days longer.

Extreme single-day precipitation events have risen substantially since the 1980s, and nine of the top ten events have occurred since 1996. Wind and rain can send branches or entire trees crashing into transmission lines and flash flooding can impact facilities in low-lying or coastal areas.

Extreme cold brings a different challenge – ice can build up on transmission lines, and, if it gets cold enough, even gas lines can freeze, as we saw in the polar vortex over Texas in February. The southern states aren’t outfitted for extreme cold, and, while climate change has actually reduced the number of colder days each year, it has created more extreme winter weather events and in regions that previously didn’t experience extremely cold weather.

While producers in traditionally cold regions, like the Mid-west and Central Plains are outfitted to withstand up to 22 degrees Fahrenheit below zero, polar vortexes brought the temperature down to 44 below this February in the Dakotas and Minnesota. In a National Geographic survey, 40 percent of power outages during the winter are caused by trees falling on the lines and 20 percent from animals taking refuge from the cold.

The industry has taken steps to harden the grid and make it more resilient. Spending to improve electric infrastructure reliability, security and resilience increased from $15.9 billion in 2012 to $21.9 billion in 2017 and spending on distribution systems increased by 54 percent over the past 20 years, according to the American Society of Civil Engineers.

Smart grids allow the almost immediate routing of power around problematic areas, avoiding more extensive problems, and collect data on how well the grid is functioning and supply and demand. Hardening the grid and making it more flexible and redundant through microgrids and storage will allow sections of the grid to operate independently during power outages in other sections.

However, the ASCE noted that the grid is aging and gave our energy infrastructure a “C- grade,” noting that much of it has passed the half-century mark that is its usable lifespan and parts of it are even older.

Although the industry has worked to harden the grid by replacing poles and wires, creating ground to sky clearance around transmission lines, moving or elevating equipment in low lying or coastal areas, and upgrading facilities with stronger, more resilient and modern materials, the grid was never built to endure the weather events that are becoming more frequent.

However, there has been push back from regulators who see these necessary fixes as costing ratepayers too much, and from property owners, who, among other things, are often against trimming trees back to the extent needed to prevent line damage.

Although trees have many benefits to a homeowner, they also can be dangerous and expensive if not maintained properly – the University of Connecticut Eversource Energy Center has found that 90 percent of power outages were caused by tree failure during storms in the forested Northeast.

The average cost of a small tree trimming job is $85, but for more complicated or larger jobs, the average cost runs $475. DIY tree trimming is only recommended for small trees – nothing requiring a ladder. In fact, DIYers may only make the problem worse and accidently kill the tree, making it a greater hazard. Additionally, while homeowner’s insurance may cover repairs and tree removal following a windstorm, the costs associated with a fallen tree rest on the homeowner, if the tree hasn’t been maintained.

When utility customers lose power because of an errant tree limb, not only are they without lights, they may be without heating or refrigeration or a surge related to extreme weather may damage or destroy an expensive piece of electronics. Low-income customers also face having to replace an entire refrigerator’s worth of food, when the U.S. Department of Agriculture estimates that food for a family of four costs between $146 to $289 a week. If a homeowner needs to relocated to a hotel, it will cost an average of $186 per night. Being without heating, in particular, is dangerous for seniors and other at-risk customers – there was an estimated 700 deaths because of hypothermia in the Texas polar vortex. Most of all, there are a percentage of customers who depend on reliable electric to run life-saving devices that provide oxygen or dialysis – more than 1.5 million adults are on supplementary oxygen and thousands on home hemodialysis.

When a power outage occurs, causing utility customers unexpected expenses and potentially putting them at risk, they will first turn to their utility and expect a quick reconnection. The problem may not be on utility distribution lines, but the customer’s connection to the grid. In that case, when they are already dissatisfied, the utility has to educate them about their responsibilities, and some will be unhappy to learn this information in the wake of a power outage. Additionally, they will be without service until they are able to have the connection repaired.

A partnership with HomeServe can provide protection for utility customers – our emergency home repair plans can shield low- and middle-income customers, seniors and other at-risk customers from the financial shock of an unexpected repair and some of the ancillary costs associated with a lack of power, such as food spoilage reimbursement or hotel stays. To learn more about how HomeServe can help utilities protect their customers, contact us.